Arctic Dream is a stage in Tekken Tag Tournament 2 and Tekken Revolution. It also referred to as The Christmas Stage due to its decoration and setting.

It takes place in Finland. The stage is set at night in a snowy stretch of land. It is also Christmas (or at least getting towards it), as men dressed up as Santa Claus holding chicken legs swaying over a campfire, two women in traditional Sami dresses, several others in winter clothes, a few gates leading up to a cabin/lodge, Christmas lights and decorated evergreen trees can be seen in the distance. Reindeer and snowmen are also present, as is the cabin/lodge and some signs. Several people bobsledding down to the cabin/lodge and the real Santa's sleigh and flying reindeer can also be seen, the latter soaring in the sky. An 'Aurora Borealis' can also be seen in the sky. 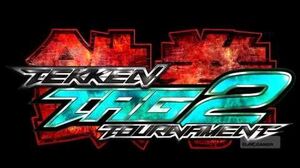 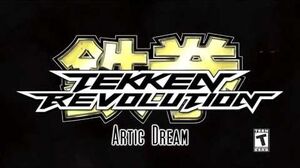 The difference in stage lighting and designs present in Revolution from that of TTT2.

Retrieved from "https://tekken.fandom.com/wiki/Arctic_Dream?oldid=127509"
Community content is available under CC-BY-SA unless otherwise noted.