Brimstone & Fire is a stage in the console and PC versions of Tekken 7. Originally first appeared in a cutscene opening of the game's original arcade version.

The stage is nearly identical to Precipice of Fate in terms of layout, being an open rock clearing in a mountainous region with rock walls forming the boundaries of the stage. However, unlike that stage, Brimstone & Fire is set in the midst of active volcanic eruptions with sprays of molten rock and falling volcanic debris seen throughout the background. Because of this, it is much closer to Devil's Pit in terms of aesthetic than Precipice of Fate is (though both stages have several overall similarities to Devil's Pit). Like Precipice of Fate (and unlike Devil's Pit), Brimstone & Fire retains the same stage layout when one character reaches match point. 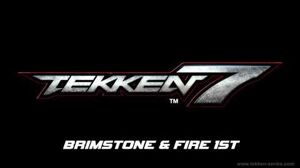 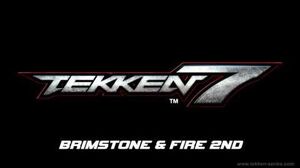 Note: The following BGM only plays during the Tekken 7 story mode.

The final battle between Kazuya and Heihachi during The Mishima Saga.

Brimstone & Fire in The King of Fighters: All Star
Add a photo to this gallery

Retrieved from "https://tekken.fandom.com/wiki/Brimstone_%26_Fire?oldid=123021"
Community content is available under CC-BY-SA unless otherwise noted.