The game received mixed reviews by critics, but found more acceptance among fans of the Tekken series.

Nina Williams, world-renowned assassin, has been hired by the CIA and MI6 to join a team which is attempting to infiltrate "Kometa", a notorious criminal organization. The team's strategy involves gaining access to the target through a fighting tournament being held on the "Amphitrite", a luxury cruise ship owned and operated by Kometa. A leaked video on the Internet showed a Kometa ship exploding within the Bermuda Triangle, and it is feared that they are working on some kind of superweapon in the aftermath of the fall of the Soviet Union. Nina's official cover involves infiltration as a competitor in the tournament. However, Nina is also the team's "sweeper"; should her partners fail, she must finish the job. Nina enters the competition, but is quickly discovered and captured. She soon receives a communication informing her of the team's failure and the death of one of the agents named John Doe (killed by Kometa executive Edgar Grant), and that she must now conduct the operation herself. Nina must fight her way through Kometa's forces and expose the truth behind its criminal activities. As she progresses in her mission, Nina fights the Kometa's top executives, starting with the personal bodyguard and lover of Lana Lei, Bryce. She then moves on to photograph a meeting of the directors, with the help of MI6 agent Alan Smithee.

Nina barely escapes the cruise ship with her life, and is taken to a Kometa Island research facility. Here, she encounters Lukas Hayes, a scientist who informs her about Kometa's plan to use satellites to heat and activate methane hydrate on the ocean floor. The result is bubbling which causes ships to lose their buoyancy. The weapon thus has the power to destroy naval vehicles from afar, sinking them to the bottom of the sea. Hayes' plan was to find a new energy source and alternative to fossil fuels, but his research was twisted into a form of warfare. The project is Salacia, the mysterious operation CIA and MI6 have heard rumors of. Nina realizes that she must stop the project, and takes on the second Kometa executive, Enrique Ortega. However, he is joined by Anna Williams (Nina's sister), hired along with the Tekken Force as bodyguards. After briefly engaging in combat with Anna, Nina continues on her mission and manages to kill Enrique. Lukas Hayes, however, is also killed as Lana Lei arrives and recovers a case which houses the electronics to operate Salacia's satellites. With Alan's help, Nina escapes the compound by helicopter, chasing Lana Lei back to the luxury cruise ship.

For a second time, Nina must fight her way through the Kometa boat, only this time against advanced cyborg soldiers, another of Lei's weapons projects. After recovering the keys to her quarters, Nina finds Salacia and engages with Lana. After her defeat, they are interrupted by Alan, who is revealed as Kometa executive Edgar Grant. Shooting Lana, he acknowledges that he is also a sweeper, there to destroy all evidence of his part in the atrocities. Before he can kill Nina, however, Lana shoots him dead, and escapes to a secret room. There, Nina witnesses her powering Salacia, targeting methane hydrate pockets all around the United States coastline. Nina finishes Lana off before she can continue with her insane plan, and makes her way to an escape pod as a self-destruct mode is activated on the boat. Her pod, however, explodes, and Nina lands on the ship's edge. As a rescue helicopter comes for her, she is knocked down by none other than Anna Williams. The two sisters face off as the ship nears destruction, and almost both fall to their deaths. However, the two grudgingly work together to escape and grab the helicopter rope line, with Nina having a flashback to the events prior to her father's death, in particular the moments following when the two sisters comforted one another. Anna drops Nina into the ocean after saying that they are now even. Nina watches on as rescue boats approach from behind her, the Kometa ship exploding and sinking, as Anna leaves on the helicopter.

Unlike Tekken, Death By Degrees is an action adventure game. The game is fully controlled by the analog sticks. The left analog stick is touch-sensitive; through various degrees of holding, tapping or pressing along with other buttons allows the player character Nina Williams to walk, run or evade. The right analog stick is used for offensive moves.

Nina has access to basic kick combos using the right analog stick, delaying the inputs can grant Nina additional moves. Nina can grab enemies with the R1 button, giving her access to several throws. Grabbing an enemy from behind lets her execute a neck break, killing the enemy instantly. Holding L1 gives Nina access to her special moves, many of which are carried over from her Tekken moveset.

Nina can also use both melee weapons and firearms. She can find these weapons in the game world, mainly from Honeycomb locks - a puzzle game where the player must place the honeycomb pieces in order. She can equip the weapons by holding L1, but is unable to access her special moves while holding the weapon. Melee weapons have a durability, and constant use will result in them breaking. Firearms will be discarded when they have run our of ammo. Infinite durability/ammo for each weapon can be unlocked once the game is complete; by acquiring mysterious gold coins scattered throughout the game, a second playthrough will allow access to these weapons through certain Honecomb locks. The amount of coins found will determine how many weapons the player can find with the infinite upgrade.

A special feature of this game is Nina's Critical strike. Nina fills up a Focus gauge as she fights. When this gauge is filled, Nina can unleash a devastating attack against an enemy. By pressing L2 and the right analog stick towards an enemy, Nina will use X-Ray vision to locate the enemies weak point. She can then execute a precise strike, causing massive damage to the opponent, often breaking the bones of the enemy. Using experience points, Nina can execute up to 3 hits during her critical strike.

During the game, Nina will gain experience points for every enemy she defeats. These points can be used to unlock additional moves, techniques and increase her health and focus bar.

At certain sections of the campaign, Nina will use a sniper rifle to shoot enemies. She is unable to move during these sections.

When swimming, the camera will enter the first person. Nina will have a breath limit which will result in game over if she doesn't resurface in time.

Some areas will require the use of a small drone called the Stingray to access. In this mode, the player must fly a small robot through obstacles in order to gain info or unlock the next area for Nina. 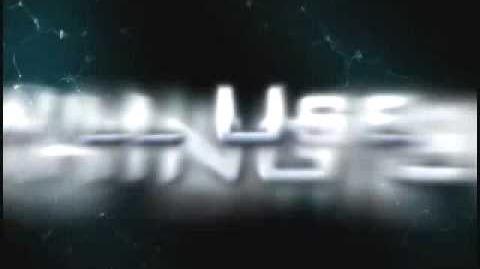 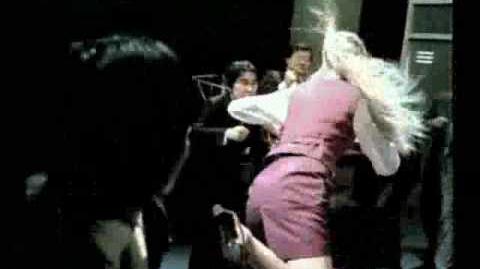 A soundtrack for the game entitled, TEKKEN:NINA WILLIAMS DEATH BY DEGREES Original Soundtrack was released April 27, 2005 in Japan.