Devil Within is an action adventure mini-game bundled with Tekken 5.

The storyline revolves around Jin Kazama and his devil form, Devil Jin. It is similar to the Tekken Force modes in Tekken 3 and 4, but unlike them, Devil Within does not allow the player to select their desired character and it has a story line to accompany the fighting, which the "Tekken Force" modes lacked.

Jin has heard that his mother, Jun Kazama, may be alive. He then heads to a laboratory of G Corporation to find her. However as he gets deeper in the lab he can't control his devil form. Once Jin transformed into Devil Jin, something was awakened, something that he did not want to encounter. Unaware of this, Jin keeps searching for his mother, but he does not find her anywhere in the lab. Instead, Jin enters the ancient ruins on which the lab was built. In there, Jin confronts his worst nightmare, True Ogre again. Jin manages to defeat Ogre, but he escapes into the ruins. As Jin exits the ancient ruins he finds himself in a mystical location, which appears to be an alien spaceship. Jin has to fight enemies, he has never fought in the past. Jin then manages to come face-to-face with Ogre. After being defeated for the second time, Ogre reveals his third form, Monstrous Ogre. Monstrous Ogre is bigger than his previous form and he has a different skin tone (Monstrous Ogre is more yellow than green). Jin must defeat this form, as well. 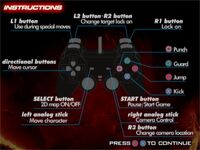 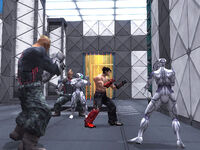 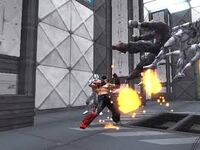 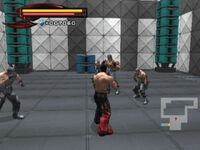 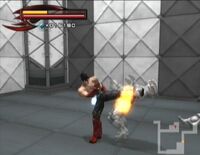 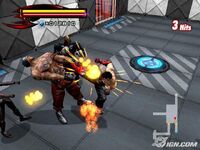 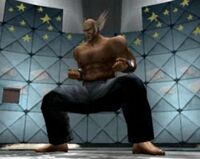 Retrieved from "https://tekken.fandom.com/wiki/Devil_Within_(Mode)?oldid=124812"
Community content is available under CC-BY-SA unless otherwise noted.