G Corp. Helipad (Night) is a stage in the console and PC versions of Tekken 7.

The stage is a variation of the G Corp. Helipad stage, which is set on a G Corporation-owned helipad on top of a tall skyscraper in the middle of a city. Whereas G Corp. Helipad is set at sundown, the "(Night)" variation is set after sundown when a thunderstorm has descended over the stage. It is raining during the battle and lightning flashes can be seen throughout the fight (the stage is thus somewhat similar to Lightning Storm from Tekken 6).

The attack helicopter from G Corp. Helipad is still seen here hovering above the landing pad and watching the fight ensue. 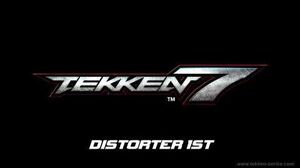 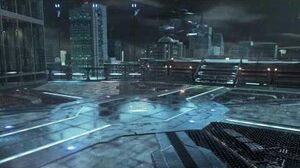 G Corp. Helipad (Night) in The King of Fighters: All Star
Add a photo to this gallery

Retrieved from "https://tekken.fandom.com/wiki/G_Corp._Helipad_(Night)?oldid=125729"
Community content is available under CC-BY-SA unless otherwise noted.