Jungle Outpost 2 is one of the three new stages added for free as part of Season 2 of Tekken 7.

This stage is an alternate version of Jungle Outpost; it is now set in the daytime like the arcade version of the original stage with brighter vivid colors in the scenery colors. It also features an entirely new first-round soundtrack. 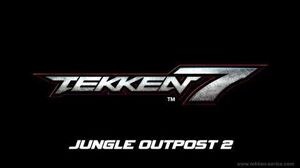 Kazuya Mishima vs. King
Add a photo to this gallery

Retrieved from "https://tekken.fandom.com/wiki/Jungle_Outpost_2?oldid=127122"
Community content is available under CC-BY-SA unless otherwise noted.