Shaheen has brown eyes and short, spiked dark brown hair with a full fringe and pretty thick facial hair. His head is adorned with a long red and white checkered shemagh and a black agal, while a scimitar adorns his waist. When his shemagh and agal are knocked off by his opponent, revealing his hair, his hairstyle resembles Shin Kamiya's in Tekken: Blood Vengeance, but in-game, his hair is depicted as black rather than dark brown.

Shaheen wears an off-white military uniform with a black belt was tucked into his uniform, aqua blue military pants and black military shoes. 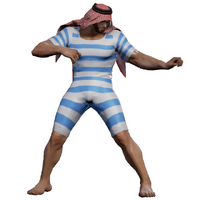 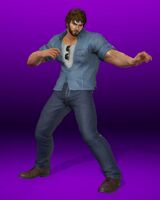 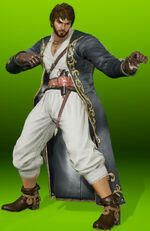 "Modern Suit" Outfit
Add a photo to this gallery 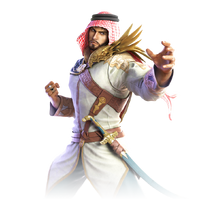 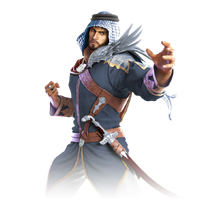 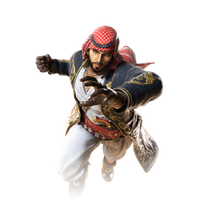 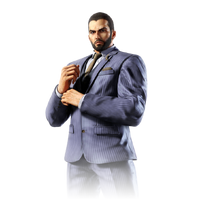 Shaheen's business attire.
Add a photo to this gallery
Retrieved from "https://tekken.fandom.com/wiki/Shaheen/Outfits?oldid=115322"
Community content is available under CC-BY-SA unless otherwise noted.