Single-player
Multiplayer
This article is about the first game in the series. For the series itself, see here. For the movie of the same name based on the games released in 2010, see here.

Tekken (鉄拳, Tekken ? lit. Iron Fist), also known retrospectively as Tekken 1, is a fighting game and is the first in what would become the Tekken series and franchise. It was first released in 1994 in arcades and was soon ported to the PlayStation home console; in later years it was included in Tekken 5's arcade history mode and in 2011 was released for the Playstation 3, Playstation Portable and Playstation Vita via the Playstation Network. Tekken was developed and published by Namco as one of the earliest fully 3D fighting games, coming a year after rival SEGA's Virtua Fighter. Tekken was succeeded a year later by a sequel, Tekken 2.

A worldwide martial arts tournament is nearing its finale, with a large purse of prize money awarded to the fighter who can defeat Heihachi Mishima in the final round of the competition. The contest is sponsored by the giant financial group, the Mishima Zaibatsu. There are eight fighters that remain after winning death matches all over the world, with the winner of the tournament receiving The King of the Iron Fist title. Only one will have the chance to defeat Heihachi and take home the prize money and fame. The player is initially able to select one of those eight fighters, each one having their own personal reasons for entering the tournament aside from the prize money.

Kazuya Mishima is the main character. Heihachi's biological son, he was thrown into a ravine by his tyrannical father when he was five years old. Heihachi, believing his son was too weak to ever inherit his conglomerate, decided that if he were truly strong enough, he would be able to survive the fall and climb back up. Kazuya barely survived a fall that left him with the scar prominently visible on his chest. Fueled by hatred for his father, he enters the tournament to exact his revenge.

Notably, only the default characters, Jack, Kazuya, King, Paul, Law, Michelle, Nina and Yoshimitsu, had endings, and it would not be until the sequel when all characters had their own endings.

The game's true ending culminates in a climactic battle between Kazuya and Heihachi, ultimately leading to Kazuya's final victory. Taking his father to very same cliff he was tossed off in his childhood, Kazuya exacts revenge by dropping his father down the cliff.[1]

A large scale martial arts tournament is being held on the world stage. This tournament was eventually called "The King of Iron Fist Tournament" because only those with the strongest iron fist or "Tekken" stand at the top. Along with rumors that it was sponsored by a huge conglomerate, it was also reported that everyone had a surprisingly huge winning prize, and all kinds of fighters were invited to participate. It is reported that the Mishima Zaibatsu, a large conglomerate, is hosting the tournament, and that the prize money is surprisingly large, enticing many different fighters. Eight fighters have survived the preliminary death matches across the globe. However, not every fighter seeks the title of strongest... With so many thoughts swirling around, the mysterious "King of Iron Fist Tournament" is about to reach it's climax, but who among these fighters is the strongest? And just what is the true purpose of this tournament...?![2]

Tekken was one of the earliest 3D animated fighting games, applying many of the concepts found in Virtua Fighter by Sega. As with Virtua Fighter 2 released around the same time, Tekken was also among the very first 3D animated console video games running at 60 frames per second (except the PAL region release, which was limited to 50 frames per second).

As with many fighting games, players choose a character from a lineup and engage in hand-to-hand combat with an opponent. Tekken differs from other hand-to-hand fighting games in some ways. Traditional fighting games are usually played with buttons which correspond to the strength of the attack, such as a strong punch or weak kick. Tekken, however, dedicates a button to each limb of the fighter, making learning special attacks more of an intuitive process. The player could watch the animation on screen and figure out the appropriate command: if the character kicks low with their right leg, the move is likely to be executed by pressing down and right kick, or a similar variation.

Traditional fighting games, such as the Street Fighter series, involve inputting commands as rapidly and accurately as possible, whereas Tekken slows the action down, emphasizing rhythm, strategy, and deception over speed.

List of moves by character that can be performed in Tekken. 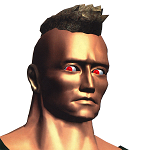 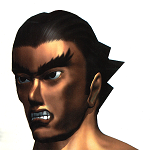 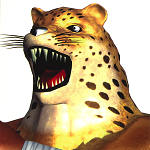 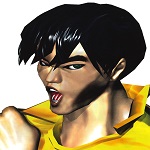 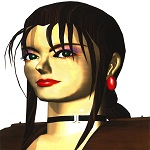 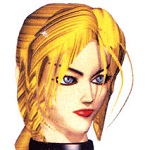 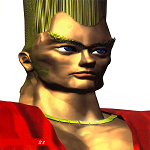 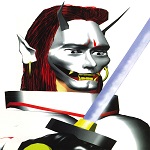 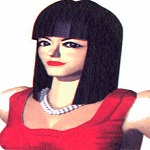 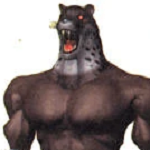 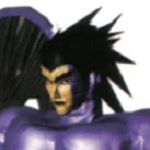 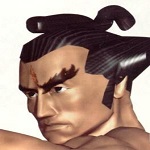 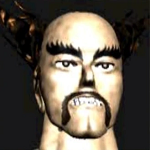 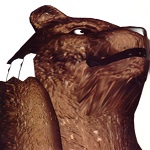 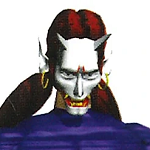 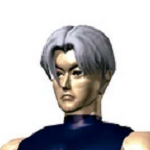 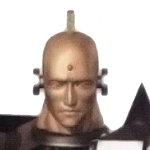 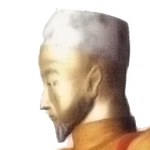 Tekken 1 Intros
A collection of all introductions.

Tekken 1 Walkthrough - Wang
A sample of gameplay with Wang Jinrei.