Tekken: The Motion Picture is a 1998 non-canon two-part OVA series or one anime film, based on Namco's video game franchise Tekken. The story is an amalgamation of the first two games in the series, focusing on the first King of Iron Fist Tournament while giving a prominent role to Jun Kazama, who was introduced in Tekken 2.

The two OVA episodes were edited into one and released on VHS and DVD in North America by ADV Films.

The film starts with a flashback featuring Kazuya Mishima, a child studying martial arts under his father. He meets a young girl named Jun Kazama, who is crying after seeing a bobcat kill a defenseless rabbit. When Kazuya offers to kill the bobcat, Kazuya's father, Heihachi Mishima, appears and drags Kazuya away. To make his son prove his strength, Heihachi throws Kazuya into a deep ravine, but not before ripping a locket containing a picture of Kazuya's mother from his son's neck and tossing it aside. Kazuya screams as he falls into the chasm. Jun, who tried and failed to locate Kazuya, finds the locket and keeps it with her into adulthood.

Sixteen years later, Jun is now working for WWWC, and is sent to infiltrate the upcoming King of Iron Fist Tournament, hosted by the infamous Mishima Zaibatsu, and investigate its alleged criminal activities including the smuggling of endangered species for experiments. To her horror, the sponsor of the tournament is none other than Heihachi, the man she witnessed throwing his son into the ravine. Tagging along with her is Hong Kong police detective, Lei Wulong, who is taken with her, although she does not return his affections. Meanwhile, it transpires that Kazuya survived the fall and has grown into a bitter, vengeful man. Heihachi knows about this, and plans to meet his son at the upcoming tournament, possibly handing the Mishima Zaibatsu over to him. Heihachi's foster son, Lee Chaolan, opposes this, and tries many times to have Kazuya assassinated by seducing the Williams sisters, Nina Williams and Anna Williams (who despise one another), and using them to do his dirty work. Neither of them is aware that their feelings for Lee are unrequited. Every attempt to kill Kazuya fails.

On the day of the tournament, Jun and Lei arrive at the port to catch the boat carrying the fighters to the Mishima resort. There, they encounter Jack-2 and a little girl, demanding to be allowed on board. The guards refuse, and Lee orders his bodyguard, Bruce Irvin, to stop Jack-2. Irvin is no match for the bulky android, and is defeated with a single punch that sends him into the water, from which he does not resurface. Lee allows Jack-2 on board, along with Jun and Lei. During the voyage, Kazuya, who knew Nina was waiting for him at the port, boards the boat by jumping off a bridge. That night, Kazuya trains alone, and is visited by Jun, who tries to return the locket to him and talk him out of taking his father's life, but Kazuya stubbornly refuses to give up, stating that he went as far as to sell his soul to Devil in order to survive the fall and take his revenge. Suddenly, Kazuya is ambushed and almost strangled by Nina, but Jun stops her, Kazuya subdues Nina, but Anna arrives with a bazooka and tries to kill them all with one blast. Kazuya, Jun, and Nina escape, and Anna vows to kill Kazuya at the tournament, before fleeing.

The next day, Heihachi greets the competitors before the tournament begins, during which a fellow fighter, Michelle Chang, attempts to kill Heihachi, but Heihachi outsmarts Michelle and tells her, along with the others, that he will be waiting in the resort's tower for the final round. The fighters begin making their way through the jungle while Lei and Jack-2 infiltrate the underground lab: Jack-2, instead of fighting, has come to the island looking for Doctor Bosconovitch, the only man who can save the life of the dying girl with him. They are cornered by a group of P. Jacks, whom they defeat, and later Roger, a boxing, humanoid kangaroo who attacks Lei until Bosconovitch appears and calls Roger off. Meanwhile, none of the fighters are aware that they are also being used as test subjects by Lee for his new experiment: revived, human-sized dinosaurs named Rex (but based on Alex), so that none of them will arrive at the tower. Eventually, Kazuya comes face to face with Michelle, who proves to be no match for him, though she refuses to give up, on the basis that she is the only one who deserves to kill Heihachi, who burned her village and killed her family and friends in the process. Kazuya feels sympathy for her, but berates her for her incompetence, eventually beating the stubborn Michelle into unconsciousness. Before he can kill her, however, Jun arrives and stops him.

Elsewhere, Nina and Anna begin their own battle to settle their own score. A T-Rex appears and devours Anna from behind in front of a horrified Nina, who flees for her life. Kazuya and Jun hear Anna's scream, and are ambushed by the dinosaurs. They scratch Kazuya and Jun several times, until the hatred inside Kazuya comes to life and he literally tears them apart, enjoying himself in the process. Beaten, battered, but not defeated, Kazuya arrives at the tower, where Lee confronts him. Kazuya defeats Lee and is then swiped away by Heihachi for his stupidity. Heihachi explains that Lee never understood the true spirit of fighting. As Heihachi and Kazuya fight, Lee, knowing that he will not receive the Zaibatsu now, sets off the self-destruct sequence, and remains in the tower as it explodes. Hearing the alarm, Lei, Jack-2, Bosconovitch, Roger, and everyone else in the lab flee. Jack-2 sacrifices himself to keep the door open long enough for Lei and Bosconovitch to escape with the girl. Kazuya, after receiving a vicious beating, gives in to his hatred and violently overpowers Heihachi, preparing to throw him into a river of lava formed by the exploding island resort. Again, Jun stops him, and this time, Kazuya almost strangles Jun to death until he sees her crying for him, something nobody has ever done before. Finally realizing the futility of his ways, Kazuya spares his father, and the act of good will expels the Devil's influence from his mind. Heihachi tries to knock Kazuya off the cliff, but Jun takes the blow, and the three of them fall. With the resort moments away from exploding, Lei and Bosconovitch arrive in a submarine, and the surviving fighters board while Heihachi escapes by a harrier jet as the island finally disappears.

In a brief epilogue, Jun is by herself sewing something among some trees with some animals, when her young son, Jin Kazama, who bears a strong resemblance to Kazuya when he was a boy, runs up to her. He tells her that he wants to hear the rest of the story she was telling him the previous day. Jun then senses a change in the winds (possibly the foreshadowing of the arrival of Ogre), but denies her worries to Jin, and they walk off together. 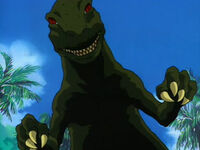 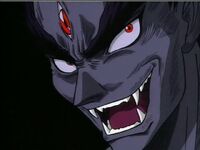 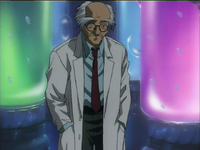 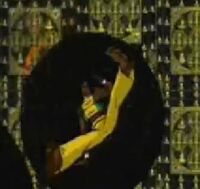 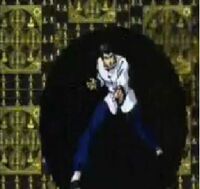 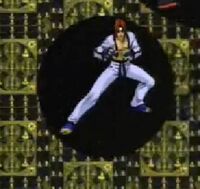 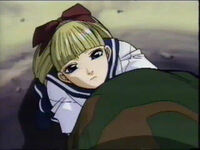 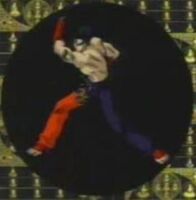 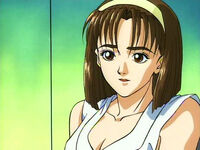 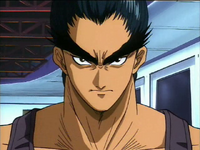 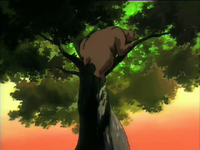 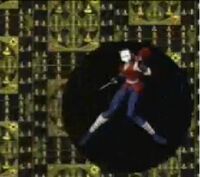 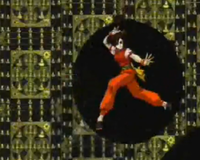 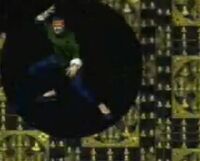 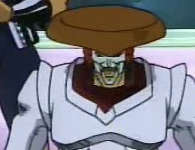 Entertainment Weekly called The Motion Picture; "a punch-drunk, derivative Saturday morning cartoon" that "saps every atom of magic from its source".

Animeworld was somewhat kinder; "it does all the right things to try and be more than just action. Unfortunately, it is also sloppy and silly enough that it ends up being a failure from my standpoint, and unlikely any better for a fan of the game".