Tekken 3 (鉄拳3, Tekken Suri?, lit. Iron Fist 3) is the third installment in the Tekken fighting game series. It was originally released in 1997 in arcades, with a home release for the PlayStation following in 1998. A simplified "arcade" version of the game was released in 2005 for the PlayStation 2 as part of the Arcade History mode featured exclusively in Tekken 5. Tekken 3 was the first game released on Namco System 12 hardware (an improvement over Tekken and Tekken 2, which used System 11). The game had a significant high energy gameplay and feel, which contributed to it being often considered the best game in the entire series by both fans and critics and one of the greatest games of its genre on the original PlayStation. It was also the last installment in the Tekken series to be released for the original PlayStation; it was followed by the spin-off Tekken Tag Tournament and its successor Tekken 4 exclusively on PlayStation 2.

Set sixteen years after the second King of Iron Fist Tournament, the story starts with Jun Kazama, who has been living a quiet life in Yakushima with her young son, Jin, whose father is Kazuya Mishima.

Heihachi Mishima, meanwhile, has established the Tekken Force, an organization dedicated to the protection of the Mishima Zaibatsu. Using the company's influence, Heihachi is responsible for many events that have ultimately led to world peace. However, while on an excavation in Mexico, a squadron of Heihachi's Tekken Force is attacked and vanquished by a mysterious being. The only surviving soldier manages to relay a brief message to Heihachi, describing the perpetrator as an "Ogre" or a "Fighting God". Heihachi and a team of soldiers investigate, with Heihachi managing to catch a glimpse of the culprit. After seeing the Ogre character, Heihachi's long-dormant dream of world domination is reawakened. He seeks to capture Ogre to use him for this goal.

Soon after, various martial arts masters begin disappearing from all over the world, and Heihachi is convinced that this is Ogre's doing. In Yakushima, Jun starts to feel the presence of Ogre approaching her and Jin. Knowing that she has become a target, Jun tells Jin about Ogre, and instructs him to go straight to Heihachi should anything happen. Sometime after Jin's fifteenth birthday, Ogre does indeed attack. Against Jun's wishes, Jin valiantly tries to fight Ogre off to protect his beloved mother, but Ogre brushes him aside and knocks him unconscious. When Jin reawakens, he finds that the house has been burned to the ground and that his mother is missing and most likely dead. Unbeknown to Jin, as soon as Jun disappears, a part of Kazuya's Devil which had sought to posses Jin in his mother's womb, returns and is able to possess him, now that he no longer has Jun's protection. Devil brands Jin's upper arm in the process.

Driven by revenge, Jin goes to Heihachi and tells him everything. Jin begs Heihachi to train him to become strong enough to face Ogre again. Heihachi accepts and proves to be a reliable teacher to Jin.

Four years later, Jin grows into an impressive fighter and master of Mishima-style Karate. On Jin's nineteenth birthday, the King of Iron Fist Tournament 3 is announced, and Jin prepares for his upcoming battle against Ogre. He is unaware, however, that Heihachi is merely using him and the rest of the competitors as bait to lure Ogre out in order to capture him.

Eventually, the tournament leads to the final confrontation between Jin and the God of Fighting. Ogre is able to transform into a much more powerful "true" form. Jin emerges the victor and Ogre completely dissolves. Moments later, Jin is gunned down by a squadron of Tekken Force led by Heihachi, who, no longer needing Jin, finishes the job personally by firing a final shot into his grandson's head.

However, Jin, revived by the Devil Gene within him, reawakens and makes quick work of the soldiers, turning his attention to Heihachi and literally smashing him through the wall of the temple. Heihachi survives the long fall, but Jin, in mid-air, sprouts black, feathery wings and strikes Heihachi one last time. He then flies off into the night, leaving his bewildered grandfather staring after him.

Tekken 3 maintains the same core fighting system and concept as its predecessors but brings many improvements, such as significantly more detailed graphics and animations, and a faster, more fluid gameplay. A new generation of fifteen new characters were added to the game's roster (albeit with seventeen removed from Tekken 2). Additionally, Tekken 3 added a wider variety of sound effects for characters. The music is also significantly different, opting for a more energetic and upbeat electronic and rock tone compared to Tekken 2. Technically speaking, Tekken 3 pushed the limits of the PlayStation's graphical capabilities, and the porting from the arcade was only possible through compression.

Perhaps the most noticeable change from the Tekken 2 fight system is movement reform - whereas the element of depth had been largely insignificant in previous Tekken games (aside from some characters having unique sidesteps and dodging maneuvers), Tekken 3 added emphasis on the third axis, allowing all characters to sidestep in or out of the background by lightly pressing the arcade stick (or tapping the controller button in the console version) towards the corresponding direction.

Another big change in movement was that jumping was toned down, no longer allowing fighters to jump to extreme heights (as was present in previous games), but keeping leaps to reasonable, realistic heights. It made air combat more controllable, and put more use to sidestep dodges, as jumping no longer became a universal dodge move that was flying above all of the ground moves. Other than that, the improved engine allowed for quick recoveries from knock-downs, more escapes from tackles and stuns, better juggling (as many old moves had changed parameters, allowing them to connect in-combo situations, where they wouldn't connect in previous games) and extra newly-created combo throws.

However, the AI in Tekken 3 was also toned down compared to its predecessors, making fights (especially later stages and boss battles) significantly easier to beat; a notable example being the relative ease of beating the final boss, True Ogre.

There are two new game modes present in the game:

List of moves by character that can be performed in Tekken 3.

PANDA
(unlockable, costume swap of Kuma, does not have her own portrait) 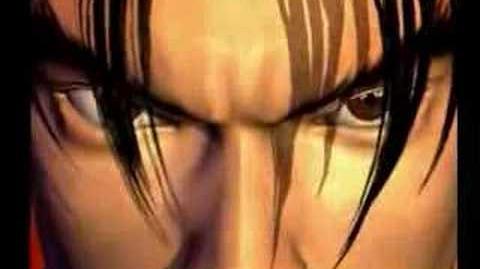