Tekken Tag Tournament (鉄拳タッグトーナメント, Tekken Taggu Tōnamento?, lit. Iron Fist Tag Tournament) is the fourth installment in the Tekken fighting game series and a spin-off of the main series, focusing on tag team battles. It is not canonical to the Tekken storyline. The game was originally available as an update kit for Tekken 3, running on the same System 12 arcade board. Tekken Tag Tournament was first released on arcades in 1999. It was ported to the PlayStation 2 home console in 2000 (released as a launch title outside Japan), though the PS2 version ran on an enhanced game engine with better graphics, which allowed the characters and stages to appear less angular and more detailed compared to how they used to look in the PS1 Tekken trilogy. The game combines most characters found in both Tekken 3 and Tekken 2.

Tekken Tag Tournament is a non-canon game, having no storyline. According to Namco, it brought back the characters that did not return to Tekken 3: Baek Doo San, Bruce Irvin, Jun Kazama, and Kunimitsu. Their ages are unchanged from the previous Tekken games. It is more of a compilation of the Tekken series giving fans the opportunity to play as almost every character in the series up to that point, including many of those that had apparently been killed off in the main Tekken storyline. Of all the returning characters, Kazuya Mishima was the most heavily promoted, as he was featured prominently on the game's cover art and promotional material.

Tekken Tag Tournament was notable for having the largest character roster in the series up to that point, boasting a total of 39 playable characters. 37 characters return from previous installments in the series, and two new characters, Tetsujin, a costume swap of Mokujin, and Unknown, the boss character in this game, were introduced. The most prominent feature is its tag system. A player selects two characters and may tag out between them to utilize special combos and throws. When in Team Battle mode, the fights are also tag fights unless there is one person left on a team where they will fight alone.

Certain pairs of characters, when selected as a tag team, have special intros, win poses, lose poses, Tag Throws and also Netsu ratings. The Netsu ratings affect gameplay, and whether a character 'liked', was indifferent to, or 'disliked' another, would result in faster or slower ability to gain a damage boost when their partner was damaged. The special intros, win and lose poses are more lore based, and do not directly map onto the Netsu system, though the Netsu system can give hints as to who will have a special interaction. Some special intros can only be seen if the characters are wearing certain costumes.

Tekken Tag Tournament included a mini-game called Tekken Bowl, that challenged the player to use a team of characters to play a bowling game. Depending on the player's selected character, different attributes would be placed into effect in the mini-game. For example, Bryan Fury has a powerful roll due to his super strength, and he can use a targeting system to make more accurate shots because of his cybernetic enhancements. A physically weaker character like Julia Chang would have a much less powerful strike, but would be easier to control when placing the spin and amount of force on the ball. Yoshimitsu also has a targeting ability, which can control how straight the ball goes, making him one of the easiest to control characters of Tekken Bowl.

The soundtrack of Tekken Tag Tournament was also different from its predecessors, with strong techno and electro vibes.

Tekken Tag Tournament HD is a high-definition update to the original game. It was included in Tekken Hybrid and showcased enhanced graphics and included trophies. This HD re-release, however, removes the "1 on 1" single-player and "1 on 1 VS" game modes from the PS2 version of Tekken Tag Tournament.

List of moves by character that can be performed in Tekken Tag Tournament. 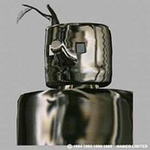